In a knowledge-based economy like that of the US, the term “thought leader” or “thought leadership” is a pretty big deal.  If one is referred to as a thought leader, then that’s money in the bank, clients in the roster, likes on the Facebook page, and, yes, followers on the blog.  A thought leader is the go-to guy or gal for all things the person thinks and writes about.  A thought leader is an authority on a subject…an expert with answers.  Having spent time diving deep into a topic, this person knows a whole lot about something.  He’s coming up with new ideas in his sleep. 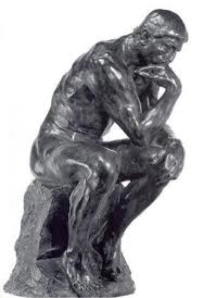 That’s not to say that a thought leader’s ideas and pontifications are greater and more valid than anyone else’s in a similar field.  For the most part, it just means that a thought leader has figured out a way to communicate a topic in a forum and in a way that catches the eye of the masses.  In other words, she has managed to disseminate her ideas, make them go viral, and get rewarded handsomely.  Suffice it to say, thought leadership pays and everyone here seems to be seeking that title!

What about in the developing world?  What about in Africa?  Who are the experts and authorities on African development, African business, African economies, African history, African politics, African conflicts?  Would you expect that among a group of well-known experts and “thought leaders” on Africa, the majority would actually be African?

Here’s my challenge to you: google “experts on Africa” and browse through the first 3 or 4 results; and if you find that the noted “experts” identified on the various pages of organizations are predominantly African thought leaders, leave me a comment at the bottom of this page with the following words: “You missed the mark, Yosef”.

I am an American citizen and love the US, but being originally from Ethiopia, I reserve the right to put on my African hat from time to time.  So let me say this: we Africans, among the many hurdles to overcome, have to address the blatant exclusion and/or absence from leadership in thought regarding matters affecting our Africa.  It is truly a peculiar thing.

This goes back to the concept of thought leadership and how one achieves this pinnacle.   As a Westerner, becoming a thought leader on Africa does involve the requisite media savvy-ness but upstream of the self-promotion (term NOT being used in a disparaging way) phase, you are likely to find an individual who has benefited from several key affiliations with African leaders and indigenous experts who in turn have opened up the treasure trove of information necessary for the Western expert to build her reputation as an African expert.  Through years of “collaboration” and publishing, with the Western expert’s name the most visibly displayed, the goal of thought leadership is achieved and the adventurous Westerner who has braved harsh conditions and faced down multiple threats to life and limb “in search of the truth”, is now the go-to expert.  The Africans who were instrumental in this achievement?  Well, their names will be in the “Acknowledgment” section of his best-selling book…maybe even the Introduction.

I realize there is a heavy dose of cynicism in what I am writing…and part of it is to poke fun at the absurdity of the matter.  David Brooks of the New York Times does it better in an Op-ed piece about “thought leadership” were he lays out the development stages of a thought leader.

My characterization of the opportunistic Western Afro-phile will likely anger those who consider themselves true friends of Africa.  And I know plenty of people (some of my best friends are Afrophiles) who are genuine and who do adhere to equitable recognition for effort and contribution when conducting their work in Africa.  But the reality remains that Africans are not telling their own stories; it is being told through the lens of the West.  Regardless of the reasons for this, we have to reverse this trend.

In the two decades since my time at Stanford, I have seen a positive shift with more and more Africans becoming part of the thought leadership paradigm on Africa…across a wide range of topics and fields.  Like other concerns, this is one that will take time to address.

In the meantime, pay attention to the commentary about Africa, understand the source, insist on accuracy, and, by all means, be part of the conversation!  If you are African, chances are you are qualified to speak about Africa.

I would very much like to know your thoughts on this matter.

Is there an absence of African thought leadership on matters affecting Africa?

Do Western experts and Afro-philes have an unfair advantage over Africans in terms of building their reputation as authorities on African issues?

Do you feel the characterization about thought leadership on Africa is inaccurate?

In the next 10 years, 12 African countries will become major oil producers/exporters.  I wish I could be excited about the prospect of more African countries becoming oil producers.  But I can’t.  And the reason for that is simple: historically speaking, resources on or under African soil have meant distress to the local population and money in the West. Definitely not intuitive but history doesn’t lie.

Of course, the dynamics, when examined, tell a very sordid story of nepotism, corruption, backroom deals, and downright treachery…a collaborative making that involves not just Western corporate and government interests but local politicians and leaders of might.  Is this always the case?  Maybe not “always”, but this type of scenario has played out over and over again to the point that we now have a coined term, “resource curse”, when talking about the impact that abundant natural resources have on African economies.

An example that came to light recently involves the tiny West African country of Equatorial Guinea: population 700,000.  (You remember EG…the country made famous during the 2000 Summer Olympics by Eric the Eel – the ridiculously slow swimmer).  EG has Africa’s highest per capita GDP because it is one of the continent’s largest oil producers.  All that oil…all that revenue…yet still one of the lowest ranking nations on the UN’s Human Development Index.  About 75% of the population lives on less than $2 a day.  Where in the world is the money going?

In 2011, it became clear where all that money was going.  Teodoro Nguema Obiang Mangue, the son of EG’s “dictator for life” Teodoro Obiang Nguema Mbasogo became the target of a Department of Justice (USA) investigation as his $30M Malibu, California estate, along with a Maserati and 8 Ferraris, and other assets totaling in excess of $70M were targeted for forfeiture.  The excerpts of the official case filed by the DOJ can be found on this site.

So, here we have yet another African poster child for the “resource curse” while we find it hard to pinpoint the corrupt neo-imperialists who actively participate.  Sure, we will hear that Exxon Mobil paid bribes to foreign officials, but that’s where it ends.  The public is left with the perception that this is a problem created solely by African greed.  But this is a topic for another time.

I am worried…I worry for a country like Tanzania.  Stable and peaceful for so many decades post-independence; blessed with tourism assets second only to Brazil; and on the brink of an oil and gas era (as one of the 12 nations) that could further entrench under-development, corruption, and  mis-management.  But it doesn’t have to follow the “resource curse” model.

A few weeks, it was reported that all Norwegians had become crown millionaires thanks to the country’s highly lucrative sovereign wealth fund buoyed by high oil prices.  Norway is one of the largest oil producers in the world.  In short, Norway has leveraged its resource abundance into a highly developed oil and gas industry and a quality of life benefit for its citizens.  You can’t juxtapose two models that are more starkly opposed than the Norwegian value-adding resource abundance and the African “resource curse.”

We can philosophize as to why this variance exists and the reasons would be many.  But one critical difference, I believe, is the institutional voids and expertise deficiency that exists in many African, resource-rich nations…a scenario that creates an economic playground for the government and corporate interests of the rich nations and the traitorous government officials.

So, pay attention to what happens to the newfound wealth under the ground.  Will it actually mean value for the citizens?

If you are inclined, check out an interesting essay that appeared in the September/October 2013 Foreign Affairs Journal by Larry Diamond and Jack Mosbacher – How to Escape the Resource Curse.  In it, the authors propose an “oil-to-cash” plan for the resource blessed African nations – “a direct distribution of a portion of oil revenues to citizens as taxable income.”  This approach is worth a read.