According to a Stanford-NYU joint report entitled Living Under Drones, the United States military has been using unmanned and remotely controlled aerial vehicles (drones) for targeted killings since 2004. 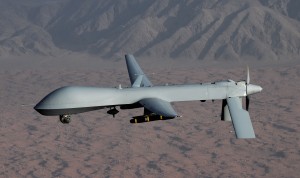 These drones are a component of the US military’s fight against extremism and terrorism around the world, particularly in terrorist “hot spots” like northwest Pakistan, Afghanistan, Iraq, and Yemen.  Despite objections to their use due to numerous killings of innocent civilians, there is no indication that the US will abandon drones as a strategic weapon against violent radicals around the world…at least not anytime soon.

In January 2012, the Africa Center for Strategic Studies (ACSS) held a conference in Kigali, Rwanda called Preventing Youth Radicalization in East Africa.  The conference brought together representatives from 11 East African countries as well as the US and the UK to discuss strategies to mitigate the impact of violent extremist organizations in the region.  The region is facing what some politicians have called “a ticking time bomb” in that as high as 60% of the population is under the age of 25 and as much as 75% of these young are unemployed.  That is a significant and troubling statistic to contend with.  Troubling for East Africa’s growth prospects, for sure.  But what about spill over?

Many other African nations contend with high youth unemployment, lack of opportunities, and large numbers of educated young people who find their toil in the secondary and tertiary educational systems unrewarded.  According to McKinsey Global Institute, by 2040, Africa will be home to the largest working age population in the world – over 1.1 billion!

Being of “working age” and, yet…not working.  And then we have a continually widening income gap.  The African Development Bank’s Briefing Note on Income Inequality (2012) and a Business Insider article both indicate that the top 6 most unequal countries in the world are in Africa. 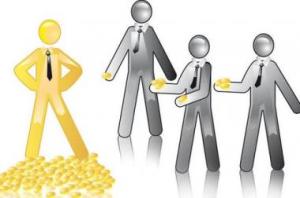 It’s easy to see how there is concern within governments and among external observers that these indicators could lead to widespread discontent among disaffected young Africans who may become targets for terrorist and extremist ideologies proclaimed by organizations known to be hostile to the United States.

And if history is an indication, the brand of terrorism that invites the full might and power of the US military is one with overt anti-American ideologies.  What we might see in the coming decades is a slight shift in counter-terrorism efforts, such as drone strikes, from the well-known hotspots (mentioned earlier) to the African continent.  This has already started to happen in Somalia against groups like Al-Shabab.  Unfortunately, this may translate to terrible collateral damage and an all too familiar cycle:

To be clear, I am not trying to be an alarmist…just laying out logical potential situations based on current events and trends.

But the reality is that the future for Africa does not have to be this morbid.  The large and expanding population of youth should be looked at as an opportunity for a transformation, not an invitation for military conflict.  In fact, this demographic trend could usher in the type of advancement we have seen in Asian countries.

Pay attention to the bottom line: Developing and providing opportunities for Africa’s human capital, particularly the youth population, is a high stakes affair.  It is on the top of the priority lists of just about every government and external stakeholder…the US included…

My own passion is to contribute in the effort to develop Africa’s “Youth Capital”.

I hope to work with many others of like mind.