With the exception of the caveman who holds on to the belief that a woman is an inferior reflection of himself, I think it’s safe to say that we all desire gender equity.   Here in the US, there is a constant drumbeat for addressing a litany of women’s rights issues – pay gaps between men and women (who are doing the same job), the lack of females in leadership positions, the unfair (often implicit) limiting policies that punish women for having children.

I am currently consulting with a university to help develop a diversity management course and gender diversity is one of the topics I address.  In the course of my work, I have come to learn quite a bit about this topic. Those who know me well would not necessarily peg me as a feminist; but I firmly hold on to the notion of productive feminism, and believe that every other rationally minded male should as well.

I am a husband to a very talented woman whose skill and expertise in her field is truly top notch (or Top 5%, as I like to say).  She is in a wonderful job and career at the moment and absolutely crushing it.  But we live in an age where it is entirely possible that her achievements would not be rewarded and/or recognized to the same degree that a male peer’s would.  That frustrates me.

Many women in the workplace, “Top 5%” or not, are presented with far fewer opportunities than their male counterparts for promotions and receive comparatively limited access to career-making assignments, not to mention the 77 cents they earn for every dollar their male colleagues make.  The data is out there…this is not just an opinion.  McKinsey came out with a report in 2013 showing that of the Fortune 1000 companies, close to half have one or no women on the leadership top teams.  Put another way, a pathetic 4.2% of CEOs in Fortune 500 companies are women.  This despite the fact that women have long outnumbered men in universities!!

As always, I like to look at things from a global perspective…and particularly consider the situation in Sub-Saharan Africa.

In Africa and the rest of the developing world, women’s empowerment needs are far more basic – poverty levels among women are markedly higher than among men, female illiteracy rates are sometimes double that of men, access to basic elementary education for women is severely limited.  Despite these facts (and perhaps because of them), there is a laundry list of NGOs, foundations, and governmental ministries who have gender-specific mandates.  Great.  But believe it or not, in some cases Africa is more progressive than the West when it comes to gender equity.  Some amazing things have already happened and the following are a few examples.

In 2003, a group of women in Liberia directly challenged the warlord-turned-dictator Charles Taylor and managed to bring peace to a country that had been suffering through a terrible civil war.  These women helped to usher in Liberia’s and Africa’s first female head of state, Ellen Johnson Sirleaf.  One of many more we hope.  There is a wonderful documentary about the women who changed Liberia called Pray the Devil Back to Hell. 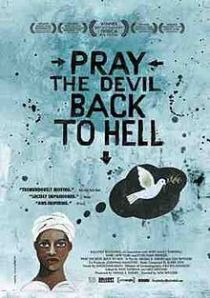 On the other side of the continent, in Rwanda, women hold 64% of the seats in the national Parliament.  Did you know Rwanda has the highest percentage of women elected to parliament…in the world! And that 4 of the top 10 countries in terms of female participation in government are African countries?  The US ranks 83rd…right above the United Arab Emirates.  And oh, by the way, Africa now has its second female head of state – Joyce Banda of Malawi.

It is truly exciting to see other African women rise to prominence: 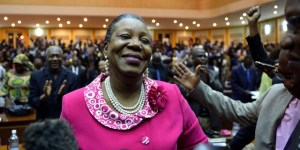 Just a few examples, albeit all in the public sector but there are many more in other fields that I will write about later.

These women and the progress they represent are not free of skepticism and criticism.  But progress, even messy progress, is progress.  I am a strong believer in the transformative power that women in leadership can have in Africa.  Whether Africa or Asia or the US or anywhere else, the notion (as confirmed by historical and current statistics) that leadership positions should be held by men is totally ridiculous.  In fact, this study published on the Harvard Business Review site states that women are better leaders than men.

Look, it’s silly to argue one point or the other.  Leadership, whether by nature or nurture, is a quality equally likely to be possessed by men and women…we just need to work on making the numbers reflect this…in Rwanda, Senegal, the CAR, the US, all over the world.

Here in the US, Sheryl Sandberg (Facebook’s COO) came up with a “manifesto” to encourage women to compete and thrive in leadership positions by taking a seat at the table.   Sandberg’s book, Lean In: Women, Work, and the Will to Lead got a lot of attention when it first came out.

Then several people started to point to the unrealistic and intensely difficult position Lean In’s encouragements place women.  Articles titled “Why I Won’t Lean In”, “Lean In, Trickle Down: The False Promise of Sheryl Sandberg’s Theory of Change”, or my favorite, “Recline! Why ‘leaning in’ is Killing Us” all seem to point to Sandberg’s tone deafness about the struggles of average women in corporate America.

I would only say this: Sandberg and other prominent Western feminists do not have a monopoly on the “women empowerment” market.  Although you would think they do by the way productive feminism is addressed in mainstream media – always a result of Western progressiveness, available for implementation in less progressive cultures of the world.

This unspoken bias and perception of Africa’s backwardness on gender issues needs some correction.  As mentioned earlier, there are certainly some basic hurdles to women’s rights that countries like the US have long ago navigated while Africa continues to struggle with today.  Nevertheless the truly remarkable achievements made by women throughout the continent can and should be models and inspirations for women right here in the US.  The Ellen Johnson Sirleafs of Africa would politely nod and applaud the “Lean In” movement in the West; but the reality is Western feminism is not entirely applicable within the myriad cultures of Africa.  Influential African women leaders have had to chart a totally new course in a uniquely inhospitable environment.

African feminists are not byproducts of Western influence…they are pioneers on a world stage, who in the course of overcoming difficult circumstances, are quietly building the collective confidence of Africa’s daughters.

Can we not expand and say they are helping to inspire women everywhere?